Last weekend we had the chance of welcoming thousands of programmers to a chilly Brussels for FOSDEM, which is probably the largest free FOSS/FLOSS event in the world. At the Betagroup Coworking we wanted to contribute to the event and we decided to open our doors for the participants for free. We’ve hosted over 20 people, mostly from the Firefox and Wikimedia teams, and have really enjoyed it.
And it seems that we are not the only ones 🙂 They’ve talked about it around the web, and it looks like they really enjoyed their time with us. Here are some of their comments and reports on all the work they’ve been doing:

Betagroup Coworking Brussels is an industrial-strength coworking space with lots of desk space, internet, kitchen, ping-pong and a bunch of heavy metal… Once the temperatures dropped far below freezing, we relocated to BetaGroup Coworking Brussels in Etterbeek, to the southeast of the center. Ramon Suarez, the manager of the space was very accommodating, taking us on short notice. The wi-fi was blazing fast, the coffee was hot, and the ping-pong was a welcome break from heads-down hackery. The space itself was fantastic, with a great combination of quiet co-working areas, public spaces and private meeting offices. With tons of natural light, steel bridges and a meeting space on what looked like a submarine conning tower, it was truly impressive.

#betacowork ; a great place to work in #Brussels 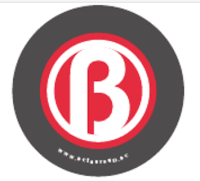 In time for #FOSDEM; #Wikimedia people were looking for a place to work, have great connectivity and talk shop. At BetaGroup Coworking we found a warm welcome, and experienced how its customers are provided with what they need. For us it was a white board and guess what, someone brought chocolate cake..
We found a quiet spot where we discussed the usability and the user interface of the Translate functionality. Having Jon Harald with us proved to be a boon. He did the project management for the Fundraiser localisations and brought us a large amount of observations and suggestions. 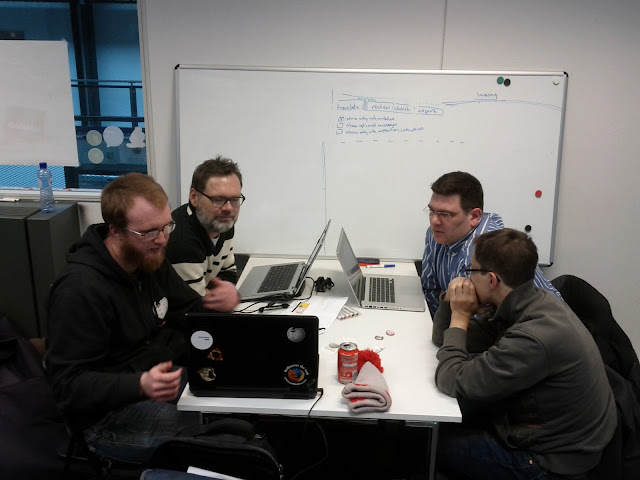 Having a white board allowed us to easily visualise our ideas and as easily replace them with something else, something better. Once we achieved a common understanding, Jon Harald’s input was translated in a “user story” by Siebrand and this will eventually end up as more work for Niklas.

A recap on the Firefox performance/snappy work week in Belgium:msuja.ws/bru

Looking forward to next year’s FOSDEM!