Skip to content
Belgium: Federal agreement to open a Betacowork in each province

We have just had confirmation that the Federal Government of the Kingdom of Belgium has signed the agreement to open a Betacowork in each province capital (5 in Flanders and 5 in Wallonia), to be added to their coworking space in Brussels. The coworking spaces will be opened in buildings in the center of these capitals owned by the Federal Government and managed by the Régie des Bâtiments that are currently under-utilized.
This is the culmination of a long process of negotiation that started the day that Neelie Kroes, Vicepresident of the European Union Commission, came to the Betacowork.

The first success of her involvement was the inclusion of coworking in the H2020 program and the Startup Europe initiative, where coworking is seen as a key small business accelerator for the EU. And the commission is walking the walk with a starter package of €15M to support such initiatives. 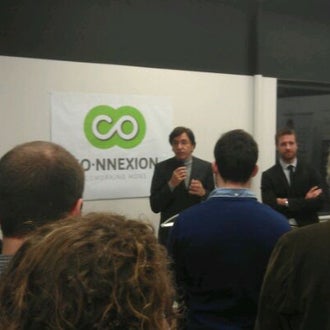 Elio Di Rupo had already shown his support to coworking in many occassions, and so have done many Ministers of the Federal Government and the three regions (Brussels, Flanders, and Wallonia) including Céline Fremault, who participated in a conference about women entrepreneurs hosted at our space.

We are from now on fully dedicated to growing our network of spaces to these 10 new cities: Antwerp, Arlon, Bruges, Ghent, Hasselt, Leuven, Liège, Mons, and Wavre.
WE ARE HIRING! The launch is complicated but can be done with the help of the new Betacowork leaders in these cities. If you think you can be the person that can grow and animate the freelance and entrepreneur community in one of the cities, please leave a comment expressing your interest for a city and linking to your LinkedIn or CV page.
Sorry for the hurried post, but we wanted to share the news as soon as we got them 🙂 We will be having another conversation with the official that is responsible for our dossier this afternoon. Stay tuned for updates!
We were not sure that it could be done before the elections, but it has happened 🙂
UPDATE (01/04/2014, 11h30): The official announcement by the Government can be found here.
A big thank you to Pascal Van den Driessche for giving us the idea for this April fools day prank 🙂
By Ramón Suárez|2014-04-01T09:00:43+02:00April 1st, 2014|News|0 Comments